Cut up french bread into 1 inch cubes, toss into the crock pot.

Add in the diced Apple Pears, pecans, and chia seeds.

In a large bowl, mix together the eggs, egg yolks, half & half, milk, cinnamon, vanilla, brown sugar using a hand immersion blender or a whisk.

Cover and heat on low for 3 1/2 - 4 hours, until set. (About 3/4 of the way through, I removed the lid and gently separated the edge from the pot so the liquid would absorb lower then re-covered the pot)

Serve with a side of vanilla pudding or custard. 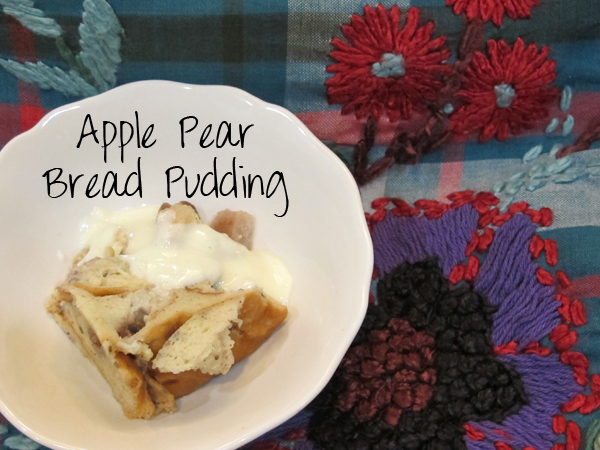